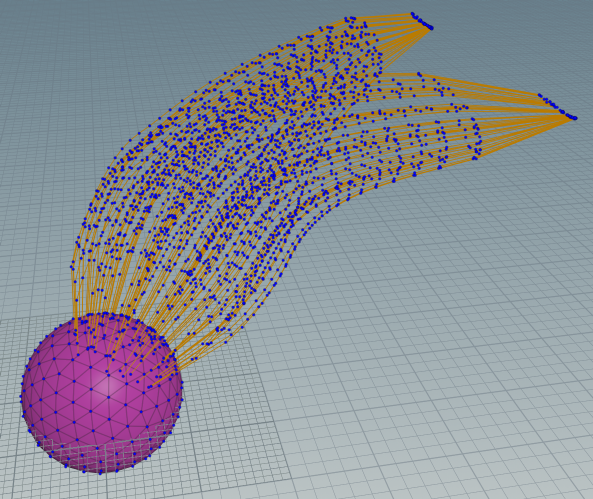 hair vertices resampled to cluster near the middle of each curve

The Output Surface will have the same topology and should match general shape of the input as much as possible. The vertices of each curve will shifted along the curve based on various parameters.

Using Start with Uniform Spacing will first move all the positions to even spacing.

The effects are cumulative.