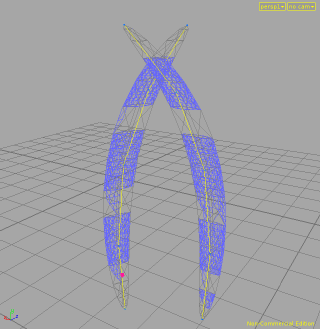 Curves are created to best represent the primitives of an arbitrary surface.

The current role of this operator is to create simulation spines for geometric grass. Further roles will probably involve expansion of the feature set.

Generally, the Input Surface needs to be compatible with the common search algorithms (currently, this requires triangular faces with normals).

The Refinement limits the adaptive subdivision that can control improved curvature in the nearest point algorithms. Increased refinement can affect performance.

An attribute named by Facing will be added to the output curves to provide a rotational alignment. This may be important for binding and wrapping operations further in the graph.